Is Your System Ready For Coaching? 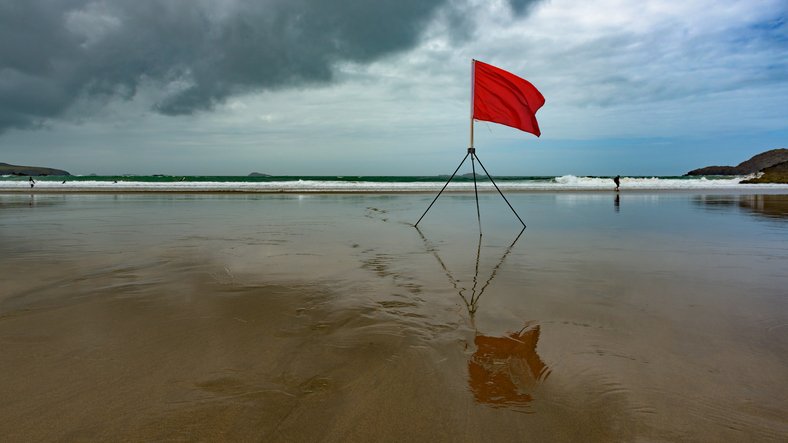 I always feel really excited when approached to coach a new team or partnership, after all, the work is rewarding and it is great to see the impact it can have elevating both morale and performance within an organisation. However, it isn’t a panacea for solving all organisational problems and sometimes other support or action may be more appropriate.

When engaging in a coaching process both coach and client should be aware of any ‘Red Flags’ which might indicate that their system is not ready for coaching and should be prepared to ask some key questions at the outset that explore a system’s challenges and broader context.

Does your system want to engage in coaching?

The first consideration is whether your system wants to engage with the coaching process. For a system to want to engage in coaching there needs to be a clearly defined purpose and outcomes with tangible benefits. It also needs to be prepared to engage in a process of self-reflection, examine its own strengths and shortcomings, be prepared to take responsibility for making change and at times step outside its comfort zone in service of personal growth.

Whilst this may be easy to establish for a one to one coaching relationship it is more complex for a partnership, team or department as it requires the system as a whole to want to engage. So how do you judge this, after all there may be one or two people in the system who want to engage but others who do not? This is where a thorough diagnosis by the coach is critical, before coaching takes place.

There are a number of ways of carrying out an initial diagnosis, depending on your system e.g. electronic surveys, online diagnostic tools and one to ones. Whatever method, it is important to hear all the different perspectives within the system, the unpopular as well as the popular ones. One to one interviews, either face to face or over the phone, can be particularly effective as subtle nuances of feelings and emotions can be picked up that give a greater depth to the information gathered. Useful data to be gathered at this stage includes an individual's perspective on their team experience, team strengths, challenges, areas for development and what they feel the team should work on within a coaching intervention. These conversations, if constructed well, provide sufficient data to establish whether there is a will as well as a need for coaching.

Case Study 1:  I was approached by the HR department of a client organisation to provide relationship systems coaching to two employees, a staff member and their manager, as their relationship had broken down to such an extent that the staff member no longer spoke to their manager and all interactions were via a third person.  I arranged one to one meetings with both parties, but only the manager showed up with his team member making it clear that he didn’t want to take part. Here was a clear-cut case that this system was not coachable.

It gets slightly more difficult when you have a larger system where some want to engage and others don’t. When some team members show resistance my first instinct is to get curious and understand why. Often individuals don’t want to take part for fear of vulnerability or uncertainty, natural feelings that result in resistance, avoidance or even more aggressive or antagonistic responses.

Creating a safe place for those individuals to air their perspectives knowing that answers will be kept anonymous and that any questions they have will be answered, is important. If after all this there are still a couple of people who are not keen on engaging, can this system meaningfully take part in coaching without the active participation of these individuals?’Here one has to use a mixture of common sense and intuition. If the majority of the system does not want to participate, then probably no. If some of the key decision-makers are unwilling to participate then again, the answer may be no.

Case Study 2: I was approached to work with a system that comprised of two departments, (let’s call them departments A and B). Department A saw an opportunity to improve relationships between the two departments with all members keen to participate.  Department B, (apart from one) saw no value in this. Since the manager of department B was the key decision-maker and didn’t want to engage there wasn’t a platform for coaching.

When people feel listened to, understand more about the coaching process, and recognise it as a beneficial process they are more likely to engage. Both the organisation and the coach have important roles to play here. The organisation sponsor's role is to clearly explain the rationale for coaching and the coach can help to explain the methodology. When a coach connects and builds rapport with everyone up front this can help to get the most reluctant people to the point where they will actively participate.

Case Study 3: Working with a team of 15 within a charity a couple of years ago there were 2 people who in their one to ones expressed a resistance to being involved in coaching for the team. I spent some time asking questions to understand their concerns, some of which lay in their fear of being singled out in the group coaching process. Once they felt listened to and I had explained the process they agreed to take an active part in the process.

Does the solution lie elsewhere?

Another key determining factor as whether coaching is appropriate is whether the solution lies within the system or elsewhere.  A team will resist if it knows the answer is no. Whilst the system may be ready to reflect, become more self-aware and take action if the solution to the problem lies elsewhere then coaching may have limited effect. This illustrates the need to take into account the wider system that is impacting upon the team in question.

Case Study 4: I was asked to work with a team in which it became apparent that there was a poor performer who was impacting upon the system resulting in massive tensions and low morale. It became clear that whilst this issue ‘belonged to the team’ (after all it was impacting upon the team) the issue lay with the overall performance management process in place within the organisation as a whole, which lay beyond the influence of the team. Although it could be argued that coaching could help the team to work alongside this person, ultimately the bigger issue of performance management needed to be addressed.

As a practitioner working with conflict it is inevitable that occasionally I will be approached as a last resort and sometimes provide a quick fix’ when all else has failed. This is another red flag. The role of a systems coach isn’t to fix, it is to help a system to become more self-aware and empower it to take the action it needs. If a team is looking elsewhere for a quick fix then this could indicate a parallel process going on in this system. Does this team fall into fixing, non-empowering behaviour in the way it goes  about its daily work and is this symptomatic as an organisation as a whole?

One other red flag to be aware of is that of hidden agendas. Having hidden agendas for coaching can derail the coaching process and need to be made explicit at the outset.

Case Study 5: I was called in by an HR department to carry out a mediation, between a team member and their manager. Both seemed keen to engage although it soon became apparent that some commitments weren’t being followed through, a signal that there were some challenges in the wider system around performance management.  On the fourth session, I turned up to find one of the individuals in the system had been dismissed. Unbeknown to me a capability process was going on in the background and my intervention was used as ‘proof that the organisation was doing all it could do’ before it could dismiss this person.

In summary, ask the following questions to check whether your system is ready for coaching:

Return Home from Is Your System Ready For Coaching